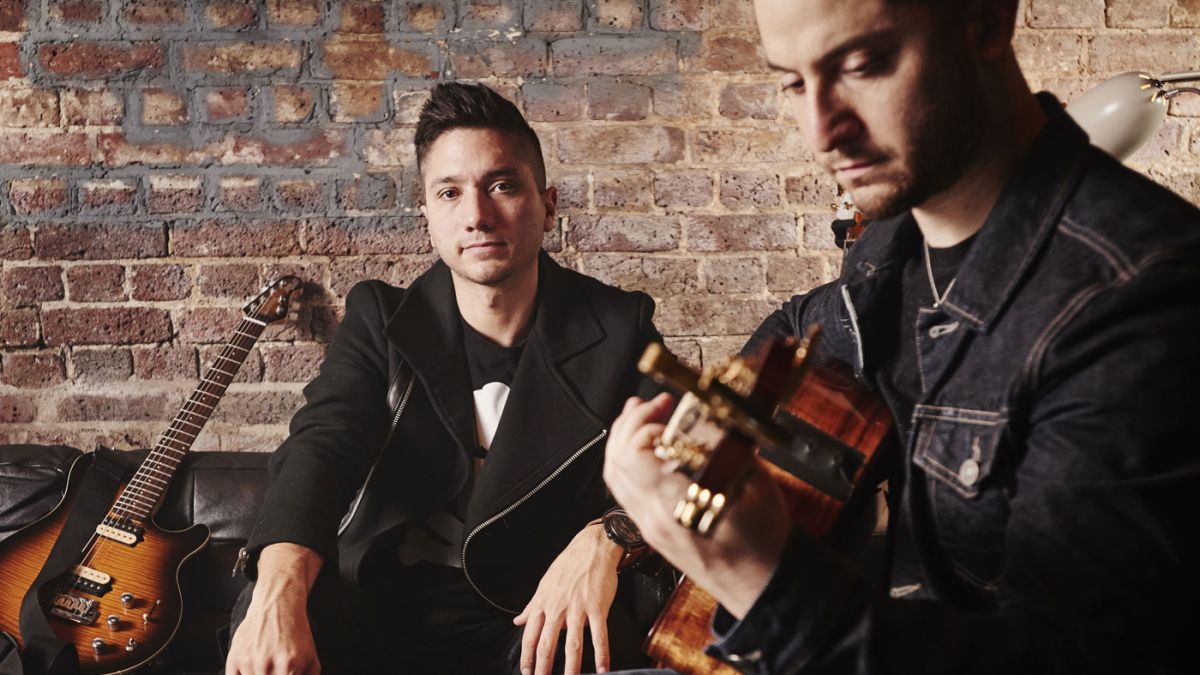 On February 14th, 2005 a chain of events was set in motion that will culminate next year with Boyce Avenue doing something that record company executives hoped was impossible. On that day, the domain name youtube.com was registered. Next year Boyce Avenue will hit 10 million YouTube subscribers. Why is that so impressive? They’ve never once put pen to paper on a recording contract. For an independent artist to embark on a world tour as these guys have done this year was once an impossible dream. But thanks to those three visionaries who started YouTube, it’s becoming more and more regular.

Marcelo opened proceedings on Friday evening. Looking like a cross between Fabio and James Bay, this nineteen year old from Sydney has a command of his guitar and a trademark cry in his voice. Can he sing? Sure. Has he developed enough an artist to stand out from the pack? Close. I’ll certainly be keeping an eye on him.

Without sounding harsh, In Stereo were not the right fit for the support act on this tour. Don’t get me wrong, I admire greatly what these lads have done since their fifteen minutes of fame on X-Factor. They’ve obviously been working very hard to keep playing music and they have plenty of talent. I guess demographics just didn’t match up in this instance.

I’ll admit, I wondered what to expect live from a band that has become famous almost entirely on the back of acoustic covers as Boyce Avenue has. I was shocked and awed, to say the least. By the time they’d finished tearing through a fully overdriven cover of “Everlong” by The Foo Fighters, I was left with no doubt what their philosophy on live shows was.

The remainder of the show was like the best parts of a really good mixtape that your girlfriend made for you in high school. Every genre, every style and every tempo. It was like a tour through the best parts of popular music in the last twenty years, with astoundingly talented musicians as your guide.

Anyone who’s ever played music knows that dropping in and out of different genres, styles and time signatures is challenging. But BA did it with grace and ease. I asked Daniel in an interview last month what he thought was the reason for their success was and he answered with, “hard work.” I think their live show proves that talent has a large part to play.

What’s brilliant about this band is that they’ve achieved what all other bands really want – the people are their only measure of success. Their talent isn’t decided upon in a boardroom, it’s done onstage in front of thousands of South Australians on a Friday night in December. And the people have spoken.

Much has been written about Alejandro’s voice. It’s one of those definitive voices. Smooth and strong at the same time. What I didn’t realise was how many different ways he could bend and shape it. And Daniel, who appears most often in the YouTube videos as a percussionist, had an impressive command of that bass guitar. Moreover, the smile never left his face. Even when the drunken idiots to my left began heckling. Why you’d spend $70 to go to a concert, buy a tour t-shirt, get stupid drunk, fall over and nearly crack your head open and then heckle the band you paid to see in first place escapes me.

Fabian stands alone in this band in many ways. Boy oh boy, I’m not sure I’ve ever seen someone who understands the beautiful and subtle intricacies of an electric guitar like that man. He had a full rack of guitars, from Les Paul to Telecaster, and each one of them was made to cry and sing with consummate professionalism. Guitar licks executed like that just give me shivers.

Their drummer, whose name I missed thanks to the aforementioned yobbos, clearly understood the concept of light and shade in percussion. Spartan at times, and punk rock at others, he provided the perfect backbone for a performance such as this.

Of course, they played the best bits of their cover catalogue, the highlight being their Oasis medley. But it was their original material, expertly inserted in between covers, which captured my attention most. In particular, their single “Be Somebody” took on a wonderful new energy live. All round, I was grateful for the opportunity to witness musicians of this calibre take the stage. And will do so again next time they are here.